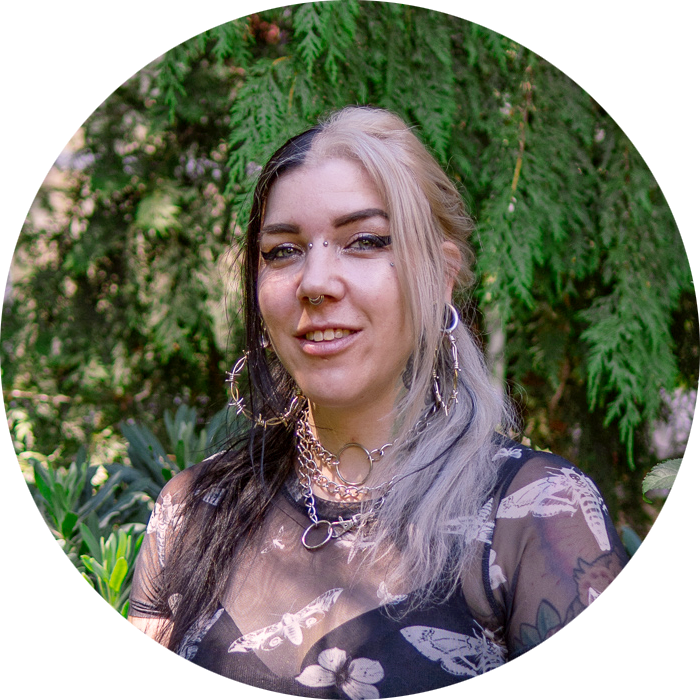 She started her tattoo apprenticeship with an open mind, open heart and eagerness to learn. Always striving to do the best tattoo she can while having a good time with her clients and friends. She loves to joke around and keep things from being too serious. You will seldom see her without a smile on her face. Her favorite styles are Neo traditional, Traditional, Fine line, Color bomb, Illustrative.

Thanks to everyone who applied! I’m excited to g

Can’t wait to start some new pieces! As I said i

from a few weeks ago! I absolutely adore the littl

So stoked on how my version of the “X” movie p

A simple version of leslie knope on my friend @mcz