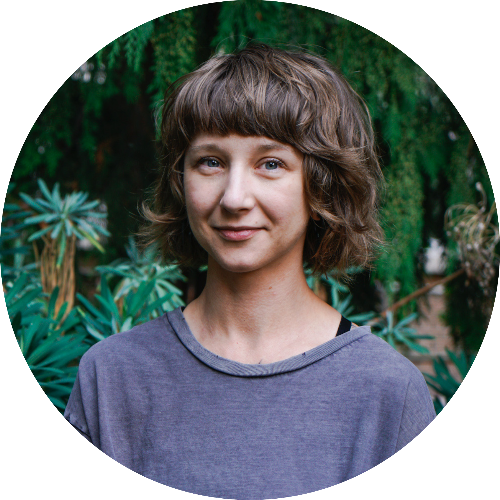 Like many artists, art has been a part of Jillian’s life since she could remember.

Following high school, she attended Drexel University for Fashion Design for a short time, but quickly realized that it wasn’t the scene for her. After some time spent getting tattooed, Jillian recognized that the tattoo shop & community really felt like “home” to her. The planets aligned, and she began her tattoo career in the summer of 2006 in Scranton, Pennsylvania (yep, the same Scranton, PA as in “The Office”).

After a university transfer, a few changes in majors, and a semester’s break to focus on tattooing, she completed her BFA with a concentration in film photography in 2010, while simultaneously apprenticing and (eventually) tattooing full-time.  She continued tattooing in her home state for 6 years before making her way out west.

Jillian originally came to Seattle in the fall of 2012 with her husband David in search of a new adventure and a much-needed change of scenery.  In late 2015, the couple lovingly welcomed their daughter into the world. With the new addition to their family, they decided to move back east to be closer to grandparents, aunts, uncles and cousins. After what some would consider an “extended vacation” of exactly 16 months, Jillian and her family moved back to Washington to once again be in the mystical land of mossy rainforests, epic mountains and the chilly sound.

Jillian works in Seattle, but favors private life outside the city.  Being a keen observer and appreciator of nature, it’s no surprise that she welcomes any kind of natural subject matter, be it floral, faunal, mineral or elemental.  That’s not to say she doesn’t also welcome more “man-made” subject matter, as she respects the fact that all things we make are in one way or another derived from the natural world.

She is a huge cheerleader for science and technology, but is also very interested in the occult and alternative philosophies/practices. Shamanism/energy healing, astrological studies, chaos magick, botany, psychedelic studies, biology, physics, quantum theory, chemistry, mathematics, engineering of all types, electromagnetism and philosophy are all subjects of high interest (though she is certainly no expert in any of the above… and is a healthy skeptic of some.)

Jillian was raised Roman Catholic, and attended Catholic school from K-12. Although she hasn’t practiced any kind of organized religion many years, it remains a curious fascination to her.  Theological imagery is deeply entrenched in her mind, and she appreciates the symbolism, importance, and aesthetics of it all.

Jillian’s artistic expression celebrates both complexity and simplicity, and she is always super stoked to combine opposing forces & concepts — chaos and symmetry, darkness and light, the geometric and the organic, soft textures and hard lines (and the reverse)— into a cohesive and balanced piece.  She does this many ways depending on your request— sometimes it’s through designing something that is very 2-D and “flat” by design, but takes on an organic and dynamic feel through the way it’s positioned on the body, becoming integrated as a part of you, rather than just appearing as a sticker… (Think of larger scale abstract blackwork.) OR, the flip side of that; perhaps a fixed shape that DOES have a sticker-like feel, but the design itself has a level of detail, depth and complexity that can be appreciated both from afar and rewards closer inspection as well.

She likes it all, and finds a way to render any concept uniquely for the wearer.  Her style overall dances on the “darker” side and has natural semblances to old printmaking techniques, but she graciously welcomes the opportunity to do new things.  With well over a decade of experience, she has amassed a vast array of skills and techniques to employ to bring your idea to life, whatever it may be. 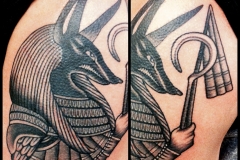 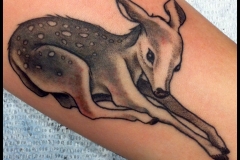 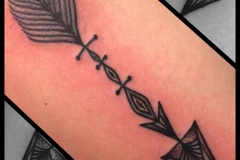 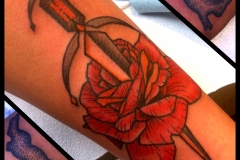 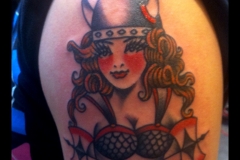 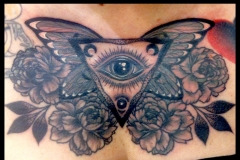 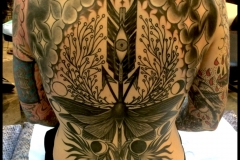 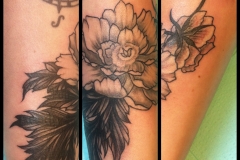 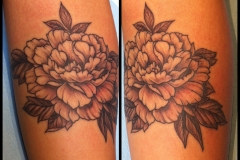 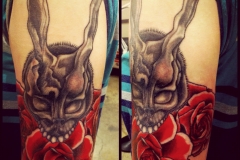 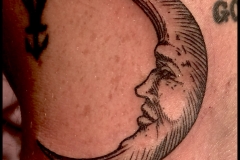 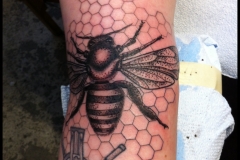 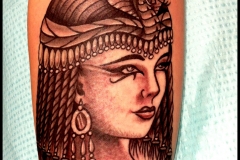 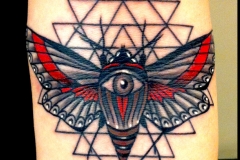 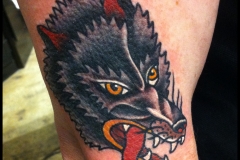 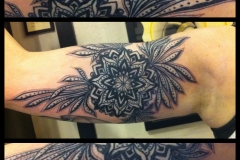 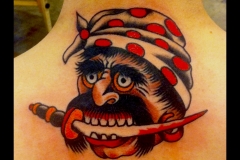 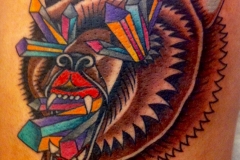 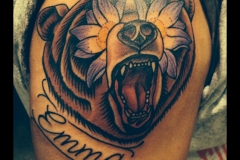